He served in the US Navy for 4 years.

He was employed with TI, F & M Systems, and Nelson International before retiring and moving to Munday to care for his parents.

He was the owner and operator of Memories of Munday Antique Store before retiring in 2008.

He was a member of the Munday Church of Christ. 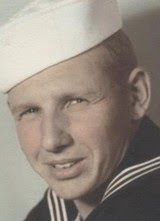 In lieu of flowers, donations may be made to the Hospice of East Texas, 4111 University Blvd., Tyler, Texas 75702.

Services will be Sunday, July 4, 2010, at 2 p.m. at the Munday Church of Christ with minister Adrin Fletcher and Eric Switzer.

Burial will be in Goree Cemetery in Goree, Texas under the direction of McCauly-Smith Funeral Home in Munday, Texas.