The Ample Post Office was established in the northeast corner of Haskell County within one-half mile of the cornerstone of Haskell, Knox, Baylor and Throckmorton counties, in 1885 or 1886.

Reverend D. James, Baptist, was appointed postmaster. He suggested several names for the post office when he was asked to do so, and closed by saying, “I think this is ample to select from”, so Ample it was.

He was succeeded by a Mr. McDaniels, then Mr. Cooper and then Mrs. Ruthledge. Mrs. W.P. Phillips was appointed in 1895, and served until Rural Free Delivery was established, some time after the Wichita Valley Railroad came through Goree, possibly 1908 or 1909.

All mail from Kasoga, Cliff, Munday, Rhineland and Goree was delivered to Ample and separated there, where it was picked up by a carrier from Seymour and one for Haskell.

When Mrs. Phillips took the office it paid a salary of about $7.50 per quarter, paid by cancellation of postage stamps on letters mailed there. Postage at that time was $.02. After a few years the county gained settlers until the office was designated as a separating office, since mail was heavy and granted extra pay. This about doubled the amount it was receiving at that time, which was around $37.50 quarterly. That was pretty good pay in those days. How far would it get now?

The late Mr. Walter Patton related once, that when they came through what is now Haskell, in 1882, there was only one Indian teepee there and the water in Rice Springs was so full of antelope hair they could not drink it. So, the Indians had been there only a short time before.
Posted by Tammie at 7:13 AM 1 comment: Links to this post 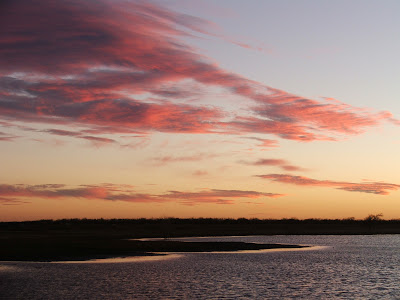 It's gonna be a beautiful day for FISHIN'
Posted by Tammie at 6:43 AM No comments: Links to this post

My blub was sharing negative information in the essay for this grant that would shine light on the problems in our hometown. I should NOT have written on hear-say. But, I should have still been honest about our problems. Yes, a father did get in legal trouble because of a drug plant, etc. Yes, he has teenagers. What he shared about the situation was not shared first-hand to me, so I shouldn't have shared it. I was completely, utterly wrong about assuming it was the teenage athlete that won state because it wasn't. And I am deeply sorry for shining a negative light in that direction.

I have tried VERY hard to right my wrong. Emails, phone calls, etc. I've tried to edit the essay, even delete the project completely. It's still there!

When Kent and I became aware that there even was a drug problem in our hometown, we began to pray. My prayer, specifically, has been that the Lord would shine a light in the dark areas of our town. My family has certainly NOT been exempt of these issues and it broke my heart. Just as my heart breaks for the kids of this town. If people need help, then my church family will willingly help.
Posted by Tammie at 7:10 AM No comments: Links to this post

Yeah, we had our first Goree Gateway customer. 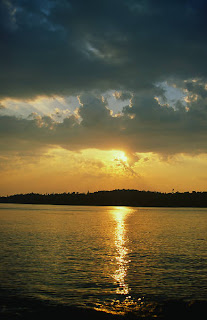 This group actually found us on the world wide web and wanted to try out the lake and our town. They stayed at the trailer park and relished their catch of 29 pounds of fish. They were very happy with their experience. See? We're on to something here! Nature Tourism!

The plans for the City Lodge are moving forward, with the must goal of an October deadline for Homecoming. And the completion of a hunting house called 'A Place To Stay' is nearing the end. And finally the hunting campaign, HUNT KNOX, has been implemented with the City of Goree as the information center. Wow, how exciting.
Posted by Tammie at 8:05 PM No comments: Links to this post

by John H. Bates
1964
I think the early day post offices, in the Goree and surrounding territory should be stressed in this outline, as mail was a welcome sight in the early times.
The old Goree Post Office was established June 2, 1888, with George Benedict as postmaster. On May 2, 1890, William H. Benedict was made postmaster and was succeeded by J. W. McLandon on April 6, 1891.
The Hefner Post Office was established April 21, 1904, with Graves Cayce as postmaster and discontinued June 29, 1907, when mail was sent to present day Goree.
Pueblo, an office just across the Baylor and Knox county line, was established September 30, 1891, with Elbert F. Moore as postmaster.
Old Ample was an early day Post Office that should be included in this report. The following is a history of Ample, sent me by Mrs. Walter Patton, whose mother, Mrs. Phillips was postmaster in an early day. Both the Phillips and Patton families were early day settlers on Bo Creek about nine miles southeast of Goree in 1882.
Posted by Tammie at 6:37 AM No comments: Links to this post

In 1887, two Goree territory farmers planted a cotton crop. They were Mr. A. Park's, father of Mrs. F.F. Heard, and M. L. Arnold, who was a half brother to my father, Ross Bates.

Mr. Arnold hauled his first bale to the gin in Albany and the second one to Wichita Falls. And Mr. Parks hauled his to Albany. The cotton sold for less than 5 cents per pound.

We have in our possession a green colored, glass lamp which Mr. Arnold bought in Albany as a present for his mother when he hauled the first bale to Albany in 1887.
Posted by Tammie at 5:02 PM No comments: Links to this post