Keith sent this link to me tons ago, and I'm just now reading it in its' entirety. It's a cool article. The pictures of these old schools are awesome. We, in Goree, are fortunate and should be thankful. We still have activity in our school building, for how long? No one knows! But, for the moment, our building is NOT just a skeleton or a relic. Some Goree-ites were discouraged because MCISD painted the gym other colors, but we have a silver lining...we still have a gym with the hustle and bustle of athletes.

Abilene Reporter Newspaper published the article in today's paper!
Posted by Tammie at 3:17 PM No comments: Links to this post

We received a call from the newspaper inquiring about the results of our election. They were interested in how these tax dollars would benefit our town. Once she heard about how we are trying to 'makeover' an entire town, she was reminded of a story they did about Munday. I responded that it was Munday and other small town success stories that have been our inspiration. A photographer was in Goree yesterday and a report should be in the paper in Sunday's issue. So keep an eye out!
Posted by Tammie at 8:47 AM No comments: Links to this post

Goree has successfully passed an election which initiates a Sales Tax increase for the purpose of Economic Development. The election was passed by a landslide and folks are looking forward to what the future holds in Goree. To date, our sales tax income of one percent is approximately $6000 and the increase of one percent will generate another $6000 to be spent exclusively for economic development. Congratulations to the citizens of Goree.
Posted by Tammie at 9:00 AM No comments: Links to this post

History of Goree, Part 8 (The Doctors)

Hundreds of grateful people gathered in Goree, July 4, 1953, to pay tribute to these two doctors—Dr. Taylor and Dr. Heard—who combined 100 years of practice in Knox County and had served three generations.

The idea originated when the men of the Methodist Church were holding a meeting. From there on, the momentum grew and grew until it resulted in a well organized and conducted Appreciation Day Program.

The event was a community affair. Everyone for miles around had a hand in making it a tremendous success and a fitting tribute to a pair of public spirited professional men who had done more than minister to the physical ills of their community. Two men who became civic, cultured and spiritual leaders, as well.

After speeches of praise by representative citizens, response from the two doctors, a large framed portrait of each honoree was unveiled with a large bronze plaque bearing the doctors names and reading, “In loving tribute to him, this portrait is affectionately presented by his home town, Goree, Texas, July 4, 1953.” These portraits were hung in Goree’s Memorial Hall.

People from the states of Georgia, Mississippi, Oklahoma, and Colorado and from all parts of Texas registered in the guest books that were presented to the honorees.
Posted by Tammie at 3:38 PM No comments: Links to this post

"A Place To Stay" in Goree, Texas 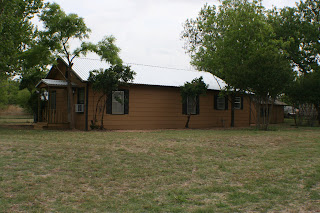 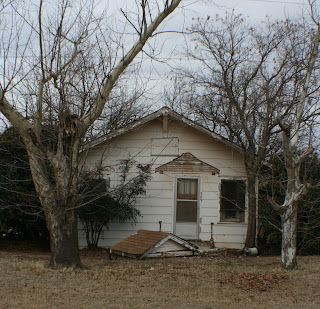 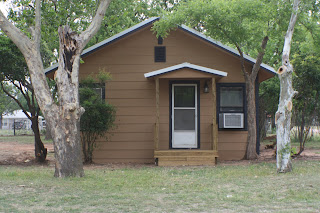 Posted by Tammie at 3:30 PM No comments: Links to this post

Mrs. Brown was a homemaker.

Survivors include her husband, Randal Brown of the home; one daughter, Melinda Aguilar of Vernon; one son, Michael L. Brown of Keller; two sisters, Mozzelle Smith of Munday, JoAnn Bowden of Lubbock; and four grandchildren.

Visitation will be from 7 to 8 p.m. today at the funeral home.
Memorials may be made to the Vernon Boys & Girls Club.
Posted by Tammie at 9:25 AM 1 comment: Links to this post