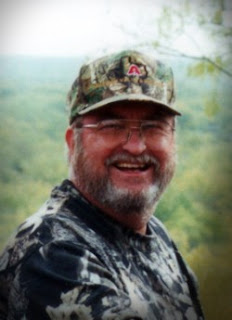 Joe Royce Peterson, 72, of Kountze, died Sunday, March 11, 2012, at his residence.  Born January 16, 1940, in Crockett, to Stella Pethenia (Sanders) and Earl Louis Peterson, he had been a resident of Kountze since 1976.  Joe was retired from Motiva in Port Arthur as a powerhouse operator and proudly served his country in the United States Army.  He was a charter member of Cornerstone Baptist Church in Kountze.

Jimmy Roberts, Goree Class of 1955, is husband of Johnetta.

We lost a lovely lovely lady.  Jim called and said Johnetta went peacefully with all her family at her side except for Chris who is at OU.  He wanted me to tell everyone. 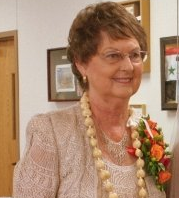 Her body is at the Arlington Funeral Home, 1231 East Division, Arlington.  Jim wants to have the funeral in Arlington on Saturday and burial in Jacksboro on Sunday, but nothing is definite yet.  Check the funeral home's website tomorrow.
Posted by Tammie at 6:57 AM No comments: Links to this post

Charles Cooper Haskin, 85, passed away Sunday, March 4, 2012.
Graveside service: Private burial. The family will host a reception in Cooper's honor at 5 p.m. Friday at the home of his son and daughter-in-law. Memorials: In lieu of flowers, the family requests that donations be made in Cooper's honor to the Alzheimer's Association or a charity of your choice . Cooper was born Aug. 18, 1926, in Goree. In 1943, at the young age of 17, Cooper graduated from Goree High School and enlisted in the U.S.Navy where he was a signalman aboard the USS Buckingham in the Pacific Ocean and later shore patrol in Honolulu, Hawaii, before being discharged in 1946.

In 1949 he graduated from Texas Tech University and a year later
he met his future wife, B.J. Haskin, on a blind date. They were
married in 1953 and shortly thereafter he was called to active
duty in the United States Air Force. Cooper reported to flight
training, receiving his wings and served in the Strategic Air
Command at Barksdale Air Force Base in Louisiana. He flew the
B-29, B-36 and B-47 and was sent to Atomic Bomb School in New Mexico and finally
assigned to a nuclear target in the old Soviet Union. Upon his departure from the Air Force he saw a billboard advertising a job opening for pilots at American Airlines. This was the beginning of 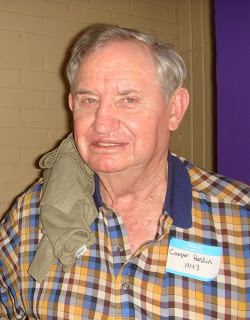 a 31-year career allowing him to travel the world and rise to the
rank of Capt. Charles Cooper Haskin. In 1973, Cooper founded Makers Company which still operates as a steel lighting facility in Haltom City. Upon his retirement from American Airlines, he left Makers Company in the hands of his children and moved back home to Seymour.

Published in Star-Telegram on March 7, 2012
Posted by Tammie at 6:50 PM No comments: Links to this post


Posted by Tammie at 6:55 AM No comments: Links to this post