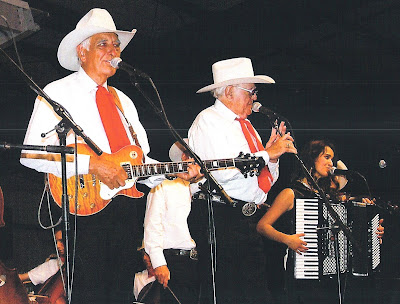 for a Cowboy Christmas Ball on December 17th, 2010
Click Here for more information!
Posted by Tammie at 9:48 AM 56 comments: Links to this post

Wilma Butler, 87, went to be with her Lord on September 20, 2010. Funeral services are scheduled for 2 p.m. Wednesday, September 22, 2010, at Lamar Baptist Church with Dr. Mike Roberson and Reverend Shane Kendrix officiating. Funeral arrangements are under the direction of Lunn’s Colonial Funeral Home.

Wilma lived the first 33 years of her life in Knox County, where she graduated from Goree High School in 1940. She married Joe C. Butler in Abilene, Texas, in 1941. She moved to Wichita Falls in 1956 and became a member of Lamar Baptist Church. She worked with her husband who was a State Farm Insurance agent. She enjoyed playing cards and was a past captain of the Patrol Unit of the Daughters of the Nile Shelomi Temple #43. She was in the Social Order of the Beausants #105 and Wichita General Hospital Auxiliary.

Tributes to Wilma can be made online at www.lunnscolonial.com.
Posted by Tammie at 6:14 AM No comments: Links to this post