Making The Next Major Step Easier...

Buying or selling property in or around Goree, Texas? When you've taken one of the most important steps of a lifetime, let Gregg Fix with United Country be your guide to make informed decisions. He is open for business and ready to help.

Remember when the GGG worked to clean out the building next to the post office? While we worked, a couple from New Mexico walked up and asked a lot of questions about our town. They were planning on moving to town and had or was buying the Lois Moore Estate at the end of 1st Street. After walking back to his truck, he grabbed a pair of gloves and spun back around in our direction. He said something to the effect, "It's one thing to say I'd be out here helping you if we were moved yet, but it's another to actually do something about it." So, he pitched in.

How in the world did they hear about that house and this town? Remember the story that the Abilene newspaper did on the 'last full service gas station closing'? They were touched by that story. They found the Moore property online, I think, and fell in love with the house. The house reminded them of the farmhouse they had grown up in when they were little.

For outsiders to see potential in our town and believe that the GGG's dreams can come true is phenomenal. Well, they are settling in and renovating the Moore House, as a matter of fact, I think their son-in-law is adding closets. The utilities are on at the former Peek's Service Station where Mr. Fix plans to open a real estate office. For now, his home is his office address. They've ordered their Munday Courier and been welcomed handsomely by Mr. Jay White. I think they are in the makings of an article to tell their inspirational story in the courier. Keep your eyes peeled.

Now we have a go-to guy for our real estate needs. Oh and, did I mention, we have three parties interested in buying a house in Goree?...John and Becky Litteral (Les Jamesons' daughter) from California, a gentlemen who is staying at 'A Place To Stay' asked about a house and the other is someone who spoke with Caroline at the City. So, let's put this business to work. Contact the City if you need contact information.
Posted by Tammie at 6:46 AM No comments: Links to this post 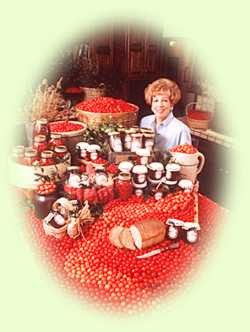 I am excited. The Texas Plum Line products arrived yesterday and I tore into the treasure boxes today. Connie Bingham is a genius. Plum BBQ sauce, pralines, cake, salsa...etc. It's been tuff resisting the sampling of each item. We ordered a variety of it all. Why, you might ask? Well, we are going to sale her products however and wherever we can...City Hall, the Junktique Shop (when it opens in the garage sale building) and the coffee bar (when it opens in the bank). I'm also waiting for word from the Cotton Pickin' Quilt Show committee to whether they have a vendor spot for Saturday. It's exciting for sure...all the proceeds will benefit the GGG's efforts in cleaning and repurposing our town.
Posted by Tammie at 3:54 PM No comments: Links to this post

...for the Arismendez family and the vote was cast by MCISD school board to close the Goree campus.
Posted by Tammie at 7:34 AM No comments: Links to this post

Services will be 1:00 p.m. Friday at the First Baptist Church in Munday, Texas, with Fabrisio Reyna officiating. Burial will be in the Goree Cemetery in Goree, Texas under the direction of McCauley-Smith Funeral Home in Munday, Texas.